Still getting No Free Edict Errors (ED_Alloc:no free edicts)
- Using "-num_edicts 4096" in the HLDS switches, and having the server restart when it is empty ("ms_reset_if_empty 1" in server.cfg), combined with giving another minute or two leeway for restarts seems to help alleviate this problem quite a bit, if not eliminate it.

admin_gag only works on certain players

Blinding poison not so blinding

1h Axes cause shield or axe in other hand to âdouble submodelâ or otherwise display the wrong model
- Might just have to unconsolidate sheild model
- This also happens with the neck hunter, beer, potion, apples, and a few other misc items.
â¢ Under the new Day/Night fx system, the map starts at night (always has I guess) - but with the fade-in sequence this is particularly jarring (lest, the server time is already night). Not sure what to do about this. It also makes the birds chirp in twice as the map switches to day for the first time, for some odd reason.
â¢ clearsky doesn't stop some server-side effects (lightning may continue if you use it during storm). (But hey, at least those who enjoy the rain can do so without you .)

Ancient/Perpetual
Known Ancient bugs:
- All entities invisible bug (type kill in console to cure).
- Lights/sprites not going away / sticking to other objects (Sticky client-side effects)
- Occasionally a weapon/spell will stop doing damage until it is unequipped then re-equipped.
- Can't use charge attack in laggy conditions. (Work around: use +special or +uber)
- Sitting animation bugs (sometimes saves to character for awhile)
- All water sometimes goes white (texture stretch bug, restart)
- Typing issues in chat. Especially with European keyboards.
- Health/mana indicator madness (see yonder)
- Small sack holds stuff it should not.
- Ticket Bank freaks if you have more than one of the ticket or item you are trying to trade
--> Galat chest does not have this issue.
- Double attack bug, most prominant with xbows
- All tomahawks appear as fire tomahawks in third person

Also Not liable to go away soon:
- Some monsters still capable of some acts while frozen (jumping, etc.)
- Orion Bow jamming sometimes, (I've no idea how to fix this without dropping the whole charged weapon concept.)
- Jumping from server to server without closing HL screws with FN functionality (solution: Close half-life before joining another game.)

I just played islesofdread1 twice and both times we got stuck in the zombie pit. I took a quick look at the map source but I didn't see anything wrong with the counters. The rock that's supposed to break after killing the zombies didn't break. D:

Odd. I'll have to look at the map source. I'm fairly certain all the gibbing bugs are squashed.

What I'd recommend, as a brute force attack, is to give the zombies limitless lives and have the counter delete their spawner when it goes.

Under JAN2010, instead of vanishing, they'll just mysterious drop dead, and any partial damage XP the players would have gotten for them will be rewarded, so it doesn't rob anyone like it used to.


Meh, net here is even worse than at home. 3G fails me, Starbucks fails me - HTF am I going to upload this stuff?
J

Not sure what else I can say except for: 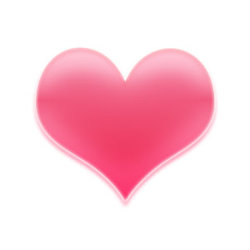 I haven't even installed it yet, but from reading the changelog I can already conclude that this is the best patch ever! Thanks to you (Thothie), The Man In Black, FER, Dridje, J, Rickler, CrazyMonkeyDude, Sabre, CSS, P|Barnum, LittleFrodo, AmIAnnoyingNow, Gurluas and all the others who I might've forgotten!


J-M v2.5.5 said:
"guildmaster" is an illegal map and Avacado is dying to get his guild crests
Click to expand...

Hrmm... I'll have to get a verification string for that map... If I can just remember where I put the damned map...

Thankfully this is now something that's fixed on FN side, and does not need a patch edit.

edit:
It should be good on the 5712 ports now. I think I need to restart the other FN servers before it takes effect for them, and they are kinda busy now - dun wanna cut that many folks off mid stream.

It's on the Thothie server now, if you can convince folks to give it a shot.

The boss fight on shahadar_palace is messed up >_<
Runegarh keeps teleporting out of the throne room and trows his BD often when he is out of the place.

Also, i noticed there being a greater air elemental stuck in the walls of the map, it was completly annoying has it kept casting attacks and blinding the same person over and over.

Another bug i noticed: people walking around with only a head floating and if you use ice shield on them, the head goes *poof* and the body goes *voilÃ¡*. :roll:
J

Whenever I start Nashdsfxcf073dfh, I get an error message saying:
"Script not found: items/base_treasure_new.script"
When I click on "OK", I get another error message that's pretty similar, and it also says something along the lines of "This is a critical error in the public release" but I forgot to screenshot that one.

And whenever the 1e16 HP green poison uber bludgeon is killed, the exact same message pops up (implying that he'd drop a chest or something), followed again by the "critical error" message.

I read the changelog carefully and realize that Nashdfx0cxh333kkd is currently only a 'demo', but this script error kind of locks up the server...

The Man In Black

It should be good on the 5712 ports now. I think I need to restart the other FN servers before it takes effect for them, and they are kinda busy now - dun wanna cut that many folks off mid stream.
Click to expand...

If you're talking about the verification texts, they should work just fine without a restart. Servers need only go to the map again (if they were waiting on it the whole time) and it should be good. (Theoretically)

Just played aleyesu and after killing the finale bludgeon before the boss the door opens and then in a little bit the door closes and will not reopen.


J-M v2.5.5 said:
Whenever I start Nashdsfxcf073dfh, I get an error message saying:
"Script not found: items/base_treasure_new.script"
When I click on "OK", I get another error message that's pretty similar, and it also says something along the lines of "This is a critical error in the public release" but I forgot to screenshot that one.

And whenever the 1e16 HP green poison uber bludgeon is killed, the exact same message pops up (implying that he'd drop a chest or something), followed again by the "critical error" message.
Click to expand...

Same script, doing it once in precache and once when it spawns. It was a chest I noticed at the last second, and didn't test it after I added it. >_>

I'll put up a server side script to deal with that. It's already killed several DS's, including one of my own. :/

Might not be able to fix Aleyesu without fuxing the map verfication. Odd that it didn't come up during testing though. :\ Advice meantime, is get through the doors fast.
J

Also something about the frost bow. Maybe I'm doing something wrong so excuse me if this is a dumb comment: I can't seem to get the 75% cold resistance when I equip it (checked using 'listresist'). Sometimes I do see white sprites circling my feet, but that's it. My archery is at level 32 so that can't be the issue.


Thothie said:
I'll put up a server side script to deal with that.
Click to expand...

It should lock in and give you the protection 10 seconds after deploying it. If not, well, we got some fixin to do - but it worked fine in rather thorough testing.

CozmicShredder just mirrored a bunch of versions of the patch that have the missing monster models... Bleh... Now I gotta add this and do it all over again. ><

I'm almost positively sure that the lava near the lava chest in that one map that has a lava chest (you probably know what map I mean) still crashes the server.
I jumped there, and my server crashed. There were four others in-game but the server wasn't very laggy at the time. Server restarts, I decide to be stupid enough to try again: server crashes.

I wasn't aware that chest ever crashed. I've seen people go into there under JUN2008 without crashing. :/

I was also not aware that there was ever an admin_cancelvote command.

I've never had a problem with that chest nor the lava near it. :/
J

Played islesofdread1 again today and this time it worked. I'm not sure if this is good or bad. Anyway, it would be nice to hear how it works for other people.
J


CrazyMonkeyDude said:
I've never had a problem with that chest nor the lava near it. :/
Click to expand...

The thing is (as far as I can explain with my non-existant coding skills): if you ran into the lava (previous patch) with phoenix armor, the PA would try to restore your mana. You'd get like 2000 mana (some rediculously high amount) and the server would lag to death until you stepped out of the lava.

Happened to me at least two dozen times. To be honest, I'm surprised you guys didn't know about this one
I thought it was a well-known bug.

I'll test the lava thing again in a few.

Odd. Maybe I haven't noticed the lag caused from it, as I do that nearly every time I visit that map.

I had a problem while playing Shad_Palace. One of those Cleicert Bosses zapped me so I ran away but after his attack was over it looked like I was still being zapped, I decided to jump...bad idea. I ended floating to the top of the map and had to suicide to get back down. At the spawn somehow I floated out of the spawn area (past the Rickler logo) and got stuck there too. Once they killed the NPC that did it to me then the effect stopped.

Also on kfortress the Hollow One was in a permanent loop of his fire breathing effect.

Anyone else run into incidents of the Iron Golem not attacking? (The big iron guy with the electric sword?) Not that I've had the chance to see him myself.
J

Cancel this. I was probably blind when I first tested this. It works fine!

Iron guardian dude does not attack 1/3rd of the time (estimate).

Kfortress chest reward is messed up i think... The loot with 12 players on the server was basicly the same has with 6 players, and the best drop in the chest is normally a special potion (greater protection or speed potion). My guess is that the chests on the map are bugged or something? The map itself isnt easy to beat and probably has a good reward for the hard work

Yeah, about that (some more details):

I think something is missing