More to come I guess, will probably be a while, but you people can wait... right?
Like you always have?

Looks good... Might wanna learn about UV mapping and texturing before you move onto more.

If you can send me an SMD or OBJ, or some other common open model format, I maybe able to run the DX poly slider on the knife and bring it to a more reasonable level. ~2k isn't *insane* for a viewmodel, but after you tack on the arms, it will be. Might need to make an alternate model with the extraneous bits sheared off for the world/pmodel.
T

Looks pretty cool, although I bet they could have been made more simply.

I like the knife, seems like it could focus in 2 skills rather than just one, which is a nice approach imo...

Bow seems rather usual, reminds me of torkbow a little bit and the felewyn shard. Still good stuff.

So couldn't decide on a texture wise yet, but we were planning to make it an Acid Bow

This is just a try-out... since it has no proper UV-Map and I just wraped some texture stuff on it.. but in the end it's something green or so like this one.

good work guys! i also think that you should look into a few more things before continuing as well. look into poly optimization and uving. max makes uvmapping fairly easy compared to milkshape. i havent really messed with blender though.
A

As usual, feedback is appreciated. 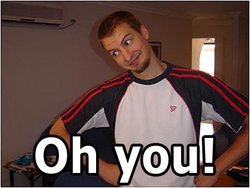 Nice models tbh, the handle in the polearm looks weird though, by handle i mean the "circular ring" thing at the bottom.

Also i really like that axe... would be nice to see throwing axes in ammunition form, like bolts, dropping in chests or have them work like bludgeon hammers, with a limited number of throws per map, perhaps with a way to bypass this limitation with another item. Said axes could apply critical hits when thrown or bleed/cripple damage (or some other type of non elemental damage). Could even make it work like, the longer the throw, the harder the hit/critical.

Same with the knife, could be some sort of lightning speed dagger, close combat being fast like vorpal and distance throw could cause a chain lightning reaction between nearby enemies within a radius, reducing movement speed a little or something alike.

Better go with ideas that innovate gameplay and turn it into more creative and fun (even if by a little) like this, otherwise these will just end up like many other useless items we have gotten as of late, which could have had better potential in terms of use.

Edit: Actually the daggers could be fun to use if both were evenly matched, one would be meele and the other ranged, one supporting the other or go full meele or full ranged. (Fast meele or fast throwing or both)

Edit2: Axes could use something similiar too, dual wielding throwing axes could work like wonders.
-Throw first axe;
-If it hits a target, apply bonus effect on second hit;
-If not, second hit is normal with no bonuses on hit;
-This could be something that works every 5 throws or so. If you miss the first throw, you need to do 4 more to work out the bonuses. If you hit, you also need 4 more throws in order to apply new bonuses


Sadly i was never into 1 handed hatchets for meele I always prefered the battleaxe style for that kind of workout. Dwarven mini axe for example, i like it, too bad it's useless like many other items on the list.

Me likey. Keep up the great work dudez.
A 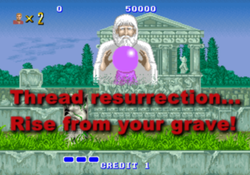 Eh, hopefully getting back into more modelling, but probably not.
An IRL friend of mine randomly drew on a piece of paper for about 5 minutes and out of it came a whole bunch of different weapons, these are 3 of them: 1 2 3
So yeah, a sword, an axe and a bow. Haven't named them anything yet.

cool. I like the axe. you should definitely finish these.

Or... You know... Provide OBJ exports, so someone else can finish them.
You must log in or register to reply here.