Gorynych said:
So, does that mean "enjoy it while it lasts, because when I'm fed up, I’m dropping it like a dead baby"?
Click to expand...

I.... Really don't know how some of you read these things into statements like that.

We haven't had a patch, in almost six years. That version number, NOV2015a, should be pretty self-explanatory.

What exactly do you think is going to change for you as a player, if we start over on the development end?

Granted, I'll admit, it came pretty close to that when the threats came in, and if the host decides his business is under too much threat, yeah, we would have to shut down, but that last post shouldn't suggest anything like that.

Location
How do I get out of this box?

I/We just read into things because it can be hard to interpret things. It's not like we're having a wee voice call to go over all the details.

What do we think is going to change? Maybe another 10 years of development as you said yourself (that is assuming you are starting from scratch). Some of us don't have that kind of time or want to wait that long.

You mentioned a wipe would be required to fix some issues, was that ever looked into? There's no harm in keeping MS:C "beating" while another project is in development. Although, easier said than done... eh?

Keeping the servers running doesn't run too much into development time with a community this small. I suppose if it got huge, the rollback and drama do combine to be a bit much sometimes, but I don't foresee that, and it's easier to get people who can handle rollback repairs, than who can handle coding. A drama increase may require a faster ban hammer, but we're getting more admins under a new system that should make that easier.

I hope not another ten years, kinda depends on how much help we get (never mind the question as to whether I have that much left in me - i r old, in remission and diabetic)... We're not starting totally from scratch, all those gigabytes of materials are still there, and the expertise is certainly beyond what it was ten years ago, in addition to having learned from about every mistake we can make. But I can't put a stamp on it that isn't Valve time, especially with so much still in the air. I can say, I'll actually have more time for the game myself, as in my retirement, I've also pulled back on some other paying jobs (also related to this drama, as there was some cross-over).

The "wipe" would only affect the new alpha, the MSC servers will remain unaffected.
J

Location
You are here --> X

What is it exactly about the save data that makes it so it loads in the old patch, but not in the new alpha? It seems to me like whatever change in format there is, a tool can be written to swallow an old-format save file and spit a new-format save file out with the same stats/items, non? Or am I missing something?

Save data's the same, it's the bits loading it. Something it doesn't like about certain item combinations, mostly likely, but not sure, as it tends to either stop characters in the series from coming up (eg. you see slot 1, but not 2&3) or they are locked (can't activate any of them), or you load it up and get the usual cross-map reset result (character set to base stats with no inventory). Can't really seem to find a consistency between the characters affected, save that they tend to be larger and older.

(I didnt read everything, thanks for the TL/DR haha)

Thanks for the great work and especially taking over when kuroneko stopped working on the game so long ago.
Whoever takes over next will still have my (tho small compared to most of you all) support for what comes next.
Just the fact that you guys introduced things like magic in master-sword back in 2005 was already a huge plus to the game. The big xp grind to keep up with everyone and stay motivated was and still is the hard part for myself tho.

if anything, try some other games for the moment. I have been playing Valheim for a while now and I am trying to figure out how to add custom weapons to that game with increased difficulty mod. the skill tree and xp in that game feels really good have a look!

Valheim is definitively a game that has my full approval, and tell Richard we send him our love. (No homo.)

Sad thing is, he's not even blonde. 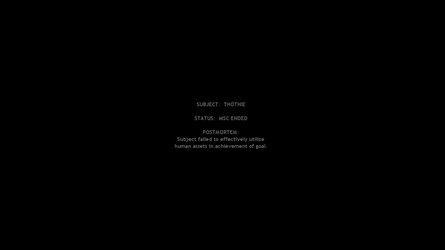 I know you gave me details of this new project in our last PM but I'm both disappointed how MSC came to end like this and the way you were responding to MiB.

I know in the past I've expressed how passionate I am for the project but these past few days have....really tested me. Now is a good time for me to hold off on any new map projects (RL is picking up too) but I will be watching the forums and waiting for some new MS alphas by you.

I am not, nor will I ever be mad at you for what has happened to MSC in the past or recently and I sincerely hope you achieve the goal you are working towards now.

I never wanted to see you toil in this forge for so long, but you grew so much stronger for it. - Thothie
Click to expand...

I've stuck it out here this long because I enjoyed designing levels and playing my favourite Half-Life mod. It's always been a hobby of mine and should I continue in the future, I hope you'll think of me as more than just a person who doesn't know when to move on.

It's no accident that the fact that we're working from Deralia on out means that your maps will be among the first added back in. I'd say more than that, and say something about your other project, but I don't want to make either of you a target.

Also sorry about the parents fighting, it happens.

Heh, like I said, we'll put a somewhat censored version of the code up in a sticky eventually. I'm also considering adding more members to the archivist crew who have the whole ~20GB shebang - already added one more than originally intended.

The eh, issue, you discovered, cannot be allowed to exist in a public release of the code, as we don't want anyone to easily be able to create malware out of the code. The game functions without, offline, and can't be used as such, as is. It's only that it's a simple matter to undo some things to bring the potential problem back with those bits, even if you'd still have to be both a Windows and scripting wizard to abuse it in such a fashion.

Granted, there are simpler ways to change dedicated server code to make it malware, just, rather it not be part of anything we "accidentally released".

Are you quite done here?

I suppose so... The first ten years went well enough, at least, yes?

Perhaps, but now you must come with me.