In this thread let's post the absolute coolest pictures of ourselves that we have, mine is obviously back when the world was young and my birthday was still a national holiday

Also, that shirt says "I survived barrens chat" showing how cool I was 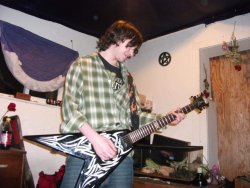 Does this count?
W

If that's really you then yes! I don't have a rule book I'm gonna Chuck at you

I took the picture, could be anyone behind that mask though
Schrodinger's mask...
W

I think you're missing the point of schenkerian analysis though, it doesn't quite matter who's behind the mask when you confirm you took the picture and it looks like a selfie, it represents you now.

(Also, it is a really cool picture. It's really a good example of the kind of replies I was hoping for)
Last edited: Jun 12, 2020

I think you missed the point of I could be anyone. Sadly I'm not anyone, I'm just me.
W

Lucifer Majiskus said:
I think you missed the point of I could be anyone. Sadly I'm not anyone, I'm just me.
Click to expand...

You're totally right. For example you may know me as Womack but my real name is Pete 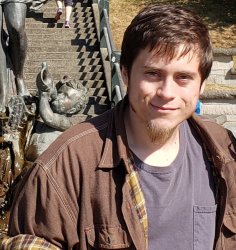 It may just be me, but you look familiar. Was your father in any science fiction B movies by chance?

His father is the postal dude.
W

Dridje said:
His father is the postal dude.
Click to expand...

Womack said:
It may just be me, but you look familiar. Was your father in any science fiction B movies by chance?
Click to expand...

My father is not an actor. Who are you thinking of?
W

Noone specifically, but I particularly enjoy less popular and science fiction movies and since those were on my mind it was the first thing I related a familiar face to. And I've seen a LOT of movies in the last few years cus I spend about 2 weeks at a time almost unable to get out of bed

Womack said:
cus I spend about 2 weeks at a time almost unable to get out of bed
Click to expand...

I have my ups and downs. When I go to rich people hospitals they give me the right medicine and often give me my own room for two or three days. Though it has made me very anxious just out of nowhere waking up in pain, in a bed with a big sign that says CALL DONT FALL, and the bed making a loud alarm go off if I just get up to use the bathroom. I'm a native though and two weeks ago the ambulance took me to the native hospital where they basically seem to treat me as an n word (though you can see in my pic I have a much lighter skin tone than most of my family). They don't give me benzos cus I "look like a drug addict" so I think I have alot of partial seizures that continue over time, and benzos guarantee that I don't have seizures for a while

They treat you poorly at the Native Hospital..? Wtf...
W

Lucifer Majiskus said:
They treat you poorly at the Native Hospital..? Wtf...
Click to expand...

Oh yeah, aside from writing dishonest things in my medical file they give me mean looks, accuse me of faking my symptoms and even threatened to call the police on my mom if she didn't take me to the emergency room one time because she called and mentioned it happened again even though they've been very insistent on me not even going there in the first place most of the time. Last year I'm sure I may have looked like a homeless person looking for a warm place to hang out, I wasn't dressed presentable and limping from the pain might make me look intoxicated, but I sat in the ER for 20 minutes not bothering anyone in any way and the security guard told me I had to leave and didn't believe I was just being treated and my ride would be there any minute, and since my ride took much longer than that that's one of the times I had to walk home in that kind of pain

This is a selfies thread though! I'd definitely enjoy having a thread for our online locals being able to discuss their illnesses and moral support and sympathy, but I totally intended making this thread to be on a positive note =p

(After reading what you said several hours later I realized you totally might have been sarcastic. I don't know about the rest of the world cus I've never really left home but natives where I live get a REAL bad rep for there being so many homeless drug addicts and alcoholics. The local crime facebook pages have people just talk openly about how natives in general are trash cus 99% of the natives that are recognized anywhere are the homeless ones in the parks or panhandling)
Last edited: Jun 19, 2020

I'm white and I got treated like that Sunday going into the ER. ER Doctors are just shitters with god complexes. Fuck em
W

Lucifer Majiskus said:
I'm white and I got treated like that Sunday going into the ER. ER Doctors are just shitters with god complexes. Fuck em
Click to expand...

Did a tandem skydive in Darwin, Australia (I appreciated the irony... although, I did survive), circa 2014. 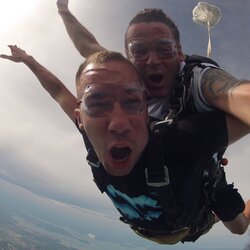 Lark said:
Did a tandem skydive in Darwin, Australia (I appreciated the irony... although, I did survive), circa 2014.
Click to expand...